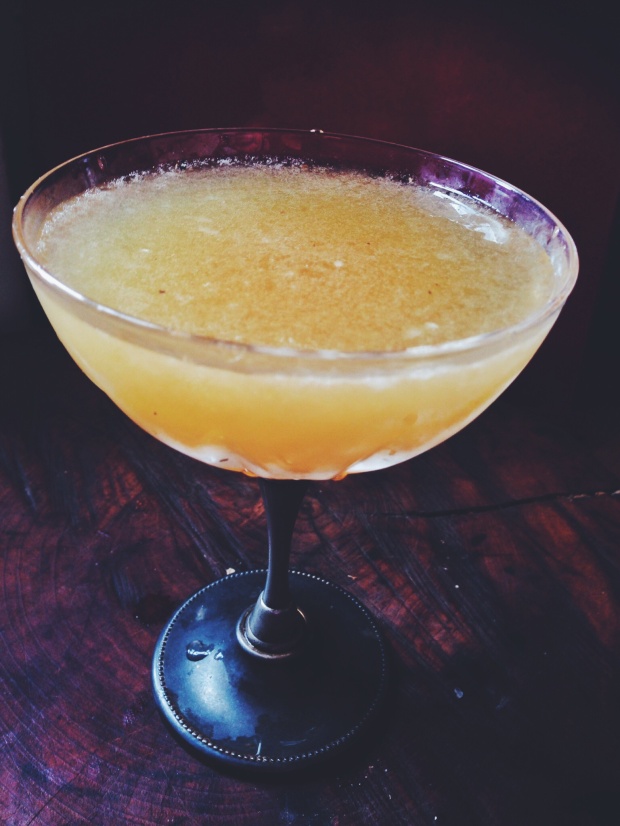 Get your brunch off to the best of starts with one of these.

Well it’s been quite some time since my last post as I had to take some time out, I’ve had knee surgery and since coming out of hospital 14 days ago I’ve been so foggy with painkillers and pain that the thought of writing a post was as daunting as writing a novel. I’m  still laid up in bed wearing a knee brace but on Sunday my friend Andy came round, so excited was I to see someone who didn’t work for the NHS that I created this beauty of a cocktail to celebrate.

This gem of a tipple will kick the ass of your hangover out the back door and pep you up a treat, where the traditional Breakfast Martini uses marmalade and gin I’m using a whisky marmalade and vanilla vodka, basically because I’m stuck indoors and can’t get out to buy anything but it turns out it’s WAY nicer to boot.